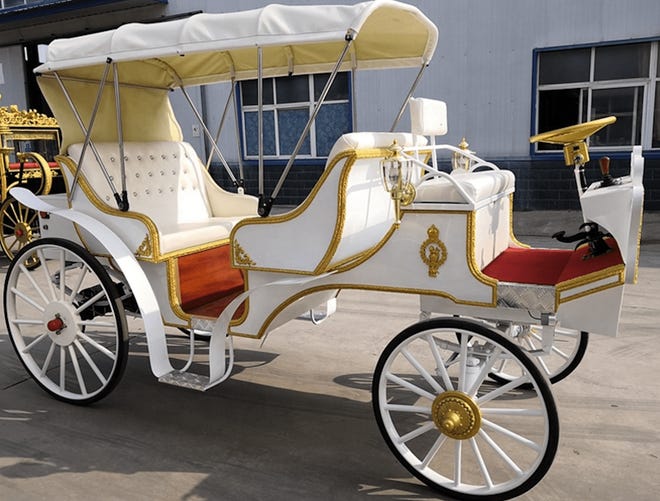 MOUNT DORA — The Mount Dora City Council will soon consider an ordinance that would allow horseless electric carriages to operate in the historic district.

At its June 21 meeting, the council directed the city’s attorney to draft the ordinance for the council’s future consideration. The council did not establish a timeline for the proposed ordinance.

The decision followed a presentation by Brittany Poe and Brian Stilke, owners of the Olde Mount Dora Carriage Company.

The duo outlined their business plan for a transportation service using three custom-made, Victorian-style electric carriages. The Mount Dora residents had separately envisioned carriage tours in the downtown area – Poe with horses and Stilke with the electric version.

Together they concluded that an electric carriage would be “clean, safer, and humane and can last all year long” according to Stilke.

“No more horsing around – we are going to get down to business,” Poe said.

Stilke said the Olde Mount Dora Carriage Company will provide historic tours showcasing Mount Dora with a defined route and pre-recorded narration that would highlight prominent landmarks within the historic district. They plan to retrofit a vehicle with a table to accommodate an on-board dining experience provided by local restaurants and businesses, such as Pisces Rising, Back Porch Pizza Bar and KKÔ Chocolate.

The owners would prefer that the pick-up and drop-off location be at Sunset Park along the Mount Dora waterfront.

A second carriage would be a rental intended for use mostly on private properties. While the company would provide the driver, clients could customize their own personal experiences. They could use it to celebrate a special occasion like anniversary, birthday, wedding or prom, or just rent it for a “night on the town.” The third carriage would be a back-up for the others.

Each vehicle could accommodate four to six passengers with a total weight of about 1,500 lbs. Each would be equipped with headlights, taillights, brake lights, turn signals as well as hand and foot brakes.

A fully charged carriage could go from a range of 43 to 49 miles. Although the maximum operating capability is a speed of 18 miles per hour, they plan to run it at five to 10 miles per hour.

The city’s current ordinance defines a carriage as one that is pulled by a horse, mule or other best of burden.

“And being electric, it does not fall within that ordinance,“ Stilke said. “We’re not asking to ban horse and carriages in Mount Dora, we’re just asking to have electric included.”

The city’s Community Redevelopment Agency Advisory Committee reviewed the plans at its June 1 meeting. The committee made two recommendations for the council’s consideration. The CRA advised a three-month trial period after which the business would report back to the city. Its other suggestion was, during the permitting process, to include verbiage that would cap the number of carriages operating downtown.

Vice-mayor Marc Crail praised the project and recommended that the council consider a six-month trial to provide for a more reasonable assessment period. Council member John Cataldo expressed concerns with three business — the already-existing golf cart and horse-and-carriage tours as well as the planned electric carriages — using the park at the same time. Poe alluded to the example of Saint Augustine where multiple tours use the same area.

“We believe that horseless electric carriages are the wave of the future,” Stilke said. “We’re asking you, city council, for your support for our new innovative idea to help keep Mount Dora someplace special.”

Has Mark Cuban, The Smartest Shark, Started The End Of Pitch

What technology solutions should brokers prioritize? 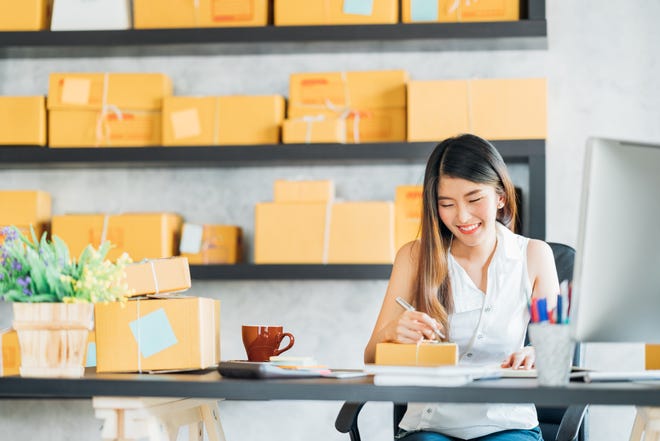 From branding to marketing, 7 secrets that will help your