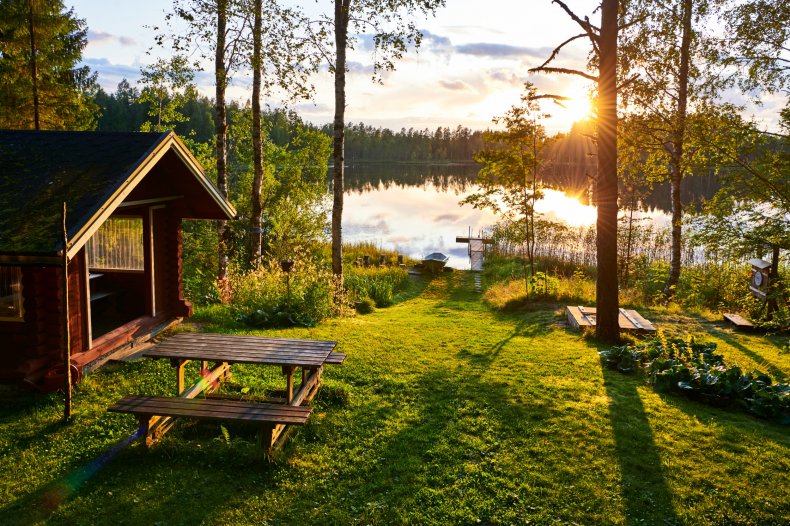 Members of a popular internet forum were infuriated after one housekeeper shared the religious literature they received as extra compensation for a weekend of hard work.

In a viral thread published on Reddit’s r/mildlyinfuriating, Redditor u/broseidon2234 (otherwise referred to as the original poster, or OP) posted a photo of a fake $50 bill adorned with a Bible verse and expressed their disappointment with receiving counterfeit currency under the guise of a substantial cash tip.

“I work as a cabin housekeeper at a state park,” OP began. “People usually…leave tips for us to thank us for our hard work, but yesterday we found this.”

Scrawled across the back of what appears to be a genuine $50 bill is the message: “SOME THINGS ARE BETTER THAN MONEY,” as well as a passage about salvation, the assertion that prayer is superior to cash and the verse John 3:16.

“Like your eternal salvation, that was bought and paid for by Jesus going to the cross,” the passage reads. “If you would like to accept the most valuable thing in this life, pray this prayer, believing and receiving what you pray.”

Titled, “I don’t mind hearing about the word of God, but this is just evil,” the thread displaying the bogus bill has received nearly 17,000 upvotes and 1,500 comments in the last day.

Dating back to at least 2006, in which AOL reported attendees of a Southern Baptist convention showered Greensboro, NC establishments with similar Bible verse bills, these types of fake cash tips have become an internet staple—never more prominent than in 2015, when both Business Insider and Eater covered a Wichita, KS waiter who thought he received an extra $20 from a party before realizing it was a pamphlet for Christianity.

Despite repeated appearances online and in restaurants across the U.S., however, non-monetary gratuities are often harmful to low-wage workers.

Already dependent on a myriad of factors, including quality of service and customer generosity, tipped wages can stay low, especially considering record high inflation rates and a nationwide belt-tightening that has left many local restaurants belly up.

Recently, Newsweek has reported on a number of Reddit threads detailing other tipping controversies ranging from families who refuse to tip altogether, to humiliating table games in which servers are forced to watch their gratuity slip away with every minute mistake.

In a majority of cases, Redditors were immediately up in arms, loudly advocating for underpaid service employees desperately in need of extra cash.

In the case of the viral thread published by u/broseidon2234, the reaction was the same, with Redditors leaving scathing responses throughout the thread’s crowded comment section.

“There [is] a special place [in Hell] for those that put messages on fake money like that,” Redditor u/Anxious_Jellyfish216 wrote in the post’s top comment, which has received more than 2,000 votes.

“They’re getting the word of God out there by associating their religion with getting pissed off,” Redditor u/LakeEarth added. “A bold strategy.”

Redditor u/Sweaty-Adeptness1541, whose comment has received nearly 2,000 votes, argued that the dollar amount associated with phony tips can make all the difference.

“If some things are better than money, why didn’t this person share a little more of theirs?” Redditor u/MiIllIin chimed in.

In a separate comment, which has received more than 1,000 votes, Redditor u/Severedghost was blunt in their assessment of the fake cash phenomenon.

“My salvation doesn’t pay my rent,” they assured.